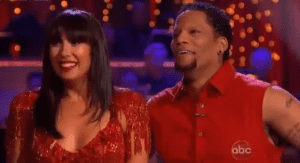 I have a question for anyone out there who is a “Dancing With the Stars” fan.  What in the hell happened to the judges last night? They were almost in lock step with scores and comments and then they went on the attack, singling out one poor contestant who, I’m sure, gave his best.  This was a new cast with little to no experience, opening night jitters and, I’m sure, a firm resolve to give it their all.

First dance was great!  Kellie Pickler and Derek Hough kicked it into a high-gear cha-cha and the judges were very complimentary. They looked good out there.

Then it sorta kinda went downhill.  Most of the male contestants, to be honest, didn’t do too well.  Again, it was the first night, people were scared, the skills, if any, were new.

Boxer Victor Ortiz and his million megawatt smile couldn’t quite overcome a very stiff Foxtrot attempt. He gave it a helluva shot, though. The judges were like. . . “meh.” Bachelor Sean Lowe wasn’t the epitome of grace out there either, but again. . . he got lukewarm praise from the judges.  General Hospital’s Ingo Rademacher stomped around out there and missed a lot of steps but got the now familiar “meh” response.  Baltimore Ravens’ running back Jacoby Jones got a remark from Len that said he was “all icing, no cake.”

Recovering addict and comedian Andy Dick gave quite a charming performance with his new pro partner Sharna Burgess, probably the best male contestant’s performance of the night. Len told him he had all the “fluidity of RoboCop.”  The guys got different versions of “meh” one after the other, but it wasn’t until actor/comedian D.L. Hughley and Cheryl Burke took the floor for their Cha-Cha that the. . . errr. . . crap hit the fan.

The 50-year-old comedian was trashed, smashed and drug across that dance floor by three so-called “professional” judges. Okay. The dancing wasn’t very good. But first night, non-dancer, opening night nerves, etc.  Where was the, “Hey, good job, but do this better next time” stuff? He would have been better with the “meh” trio the other dancers were inspiring. But noooooooooo. . . here’s what this poor man got.

From Bruno, the diplomat, who usually gushes over everyone to help and encourage:  “OMG, D.L., you have terminated the cha-cha-cha.”

From Carrie Ann Inaba, known to be occasionally bitchy, but usually encouraging:  “I have some bad news for you: That was yi-yi-yikes!”

But neither of them could top Mr. Goodman when he attacked. Len put on one of his best mean faces and said, “Listen, if any dance is going to suit you, it’s got to be the cha-cha-cha.  This was no good.” D.L. Hughley did his best stoic face, but looked like he wanted to cry. Okay, so he wasn’t that good. A lot of them weren’t that good. Was that a reason to humiliate him on national television?

I have to give D.L. Hughley credit for holding it in and reacting with the grace he did. He made one slightly snarky statement and I think he was being too nice. Afterwards, he said, “I haven’t danced in 30 years, so that’s the equivalent of bullying a second-grader.”

Why D.L.? With few exceptions, there weren’t a lot of spectacular performances last night.  Leader board topper Zendaya was great.  She’s 16 and has some dance skills.  Aly Raisman is an Olympic gold medalist. She did pretty good, as did the aforementioned Kellie Pickler.  Elder stateswoman Dorothy Hamill held her own, too, in a beautiful contemporary dance. The rest of everybody else fell into the “meh” club and, for the most part were judged as such.

I’m sorry, but there was no reason to attack D.L. Hughley the way they did.  And why him? Others were just as stiff, just as clumsy, just as. . . well, bad. Was it deliberate? It sure looked that way. Or were our esteemed panel of judges just looking to pick a fight somewhere and maybe his red shirt was the signal? I honestly don’t know, but I’m beginning to think that “Dancing With the Stars,” which is always looking for new, fresh contestants, maybe ought to start looking for some new, fresh judges, too. 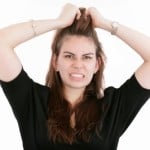 Good Monday Morning! If you haven’t had your coffee yet, I’d advise getting some because Old Busted Hotness is in heavy rant mode. And, yeah, we’re gonna talk about respect, something sorely lacking in today’s society.

On Saturday night, I went to a concert to hear one of my very favorite singers of all time, Michael Bolton. He didn’t disappoint and it was wonderful, even after all these years. His voice is strong and the old fart is still easy on the eyes. LOL Why did I call him an old fart? Well, Michael Bolton turned 60 last week believe it or not. . . and therein lies this tale.

When you go to concerts in Atlantic City, the rules are posted all over the theater. And then they announce them, just in case you can’t read. Two of the biggest no-nos are (1) NO CELL PHONES and (2) NO FLASH PHOTOGRAPHY. Difficult to understand? I think not.

I know, I know. . . you’re gonna tell me that kids aren’t going to give up their cell phones no matter what and I shouldn’t expect them to listen, yada yada yada. Well, that’s fine. . . if it were kids.

That’s why I mentioned Michael Bolton’s age.  That audience was easily 90% over 50. There were very few “kids” there, if at all. I saw a few couples in their 20s, maybe 30s, but that’s it. Michael hit his stride in the late 80s and 90s. Only his die-hard fans have followed him through the years after that; hence, the “old fart” tag.

So the lights go down and Old Busted Hotness relaxes in her seat to enjoy every note, word and nuance.

Sadly, though, it wasn’t quite as enjoyable as it might have been because those 90% of 50+ folks were still using their cell phones and the flashes going off were enough to blind a third world country!  Yes, old farts text, too, and they text ALL the time. The darkness was broken by dozens upon dozens of cell phones; some even rang or buzzed loudly. And those camera flashes. . .

The ushers tried, but after about 15 minutes of trying to find the “flashers,” they simply gave up and let the show go on.

I expect this behavior from kids, although I do not like it. I’d even expect it from folks into their 30s, but would like it even less. BUT FROM OLD FARTS? Come on, people! I know you can read. We were taught to do that. And we were also taught respect for authority.

I have to say that my eyes were opened Saturday night. . . and not just by the friggin’ flashes going off all around me. I thoroughly enjoyed the concert, despite “seeing the light,” but I have to admit I had my socks knocked off, too, by the blatant disregard of the rules from a generation I thought knew better.

I guess it proves the old adage that you learn something new every day. . .and some of those things you’d be better off not knowing. arghhh