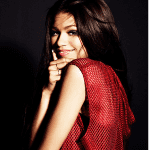 The magic of social media has brought us many great things, like the ability to keep in almost constant touch with family and friends. Sadly, it’s also brought out a whole load of people who should seriously be seen and definitely NOT heard. Cyberbullying has become a problem of epic proportions. People hide behind a keyboard and say things they’d never ever dream of saying to someone’s face. It’s ugly.

Fans of Dancing With the Stars will remember last season’s champion, Rumer Willis, tearfully recalling how she was called vile names in the press because she was not as pretty as her mother, actress Demi Moore. She related how all three of the daughters of Moore and Bruce Willis had terrible, hateful things said about their looks. It should be noted that Rumer has a body that some would kill for; however, she doesn’t have the face to go with it and, therefore, she is open to criticism and hate. One must have it all in Hollywood, right?

The latest instance of internet hate came to light this morning, once again, via the beautiful and talented Zendaya. What can you call Zendaya out on? The former Disney star and all around fantastic performer doesn’t leave much to criticize. So. . . . they went for her parents. Her parents? Oh, yeah.

Zendaya is the daughter of Claire Stoermer, who is white, and Kazembe Ajamu, who is black. They are teachers, both very tall and. . . . shock, horror, gasp!. . . don’t look like Kardashians or whatever is thought to be beautiful today (and which could easily change tomorrow). One photo was captioned, “They made a gorgeous ass child lol.” That was one of the nicer ones. Most called them ugly and one tweeter ever went so far as to say he or she “would cry” if his or her parents looked like Zendaya’s.

Zendaya loves her parents and her parents love her. They were in the audience every single week as she danced on DWTS, cheering her on. They have been with her every step of her journey, even giving up good careers of their own and moving so their baby could have the best. Here’s what the lovely (and smart) Zendaya shot back at her parents’ detractors.

“While you’re so concerned about what my parents look like, please know that these are two of the most selfless people in the world. They have chosen to spend their entire life, not worried about trivial things such as looks and insulting people’s parents on Twitter, but instead became educators who have dedicated their lives to teaching, cultivating and filling young shallow minds.”

She followed this up with, “Please, log out, go to school, hug a teacher and read a textbook…and while you’re at it, go look in the mirror and know that you too are beautiful, because such hateful things only stem from internal struggles. Bless you.”

I say, “Right on, Zendaya!” Her parents did indeed make a “gorgeous ass child.” What’s more important, though, is that they made a smart child with her priorities in the right place and a good dose of common sense.

And this isn’t the first time Zendaya has come under criticism. Zendaya wore her hair in dreadlocks for the Academy Awards last February and Fashion Police’s Julia Rancic took exception to it, saying that Zendaya’s hair must have smelled of “patchouli” and “weed.” Zendaya came back on that one, too, and quite respectfully put Ms. Rancic in her place, garnering an apology. You can read that beautifully-crafted response HERE.

Something I’ve often wondered. . . where is it written that the internet gives you permission to make fun of people for whatever you feel is the issue of the day? Zendaya and Rumer Willis live in the public eye so it’s right out there for all to see. But what about all the everyday people that suffer these slings and arrows daily? Do they fight back? I’m sure some do. What about the ones who keep getting trashed and hide? And what about the ones who do the unthinkable? And for what? Someone else’s opinion of them?

Folks, if you stop and think before you shoot your mouth off in public, try and do the same before you get a case of diarrhea of the fingers online. They used to say sticks and stones can break my bones, but words can never hurt me. NOT TRUE. Words hurt, and oftentimes more than physical blows.

Can we start showing just a little bit of class out there?