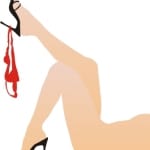 It seems there’s a new scandal about some sweet young thing’ with leaked nude photos just about every day. While I’m sure it’s disturbing to these (usually) young women as their property has been stolen, let me give you a few pointers here.

If you’re famous, have a nice ass and decide to have it photographed, those photos are going to command a high price in cyberspace. Guard them well. Go sending them around willy-nilly and guess what? Somebody’s gonna snag ‘em and make a nice, tidy profit. Talk about ridin’ your ass!

If you’re proud of your body. . . I mean, hey, you set up the nude photo shoot, right?. . . then you’re going to get lots of attention and good publicity from this breach of private etiquette.

The Casting Couch Must Be Alive And Well

And I guess the big point is. . . why do you need nude photos of yourself? Is the casting couch still alive to that degree in today’s Hollywood that a beautiful woman has to show it all to get a part? Today’s clothing is pretty skimpy. Not enough dimples showing in that see-through outfit that’s already cut up to Kansas?

To be perfectly honest, a lot of younger women ARE proud of their bods. Nothing wrong with that! If you’re willing to bare it all for a photographer, why do you care if someone else sees the pics? Afraid of them getting back to your parents or grandparents?  Your old teachers? Your pastor? Once they’re snapped, m’dear, it’s already too late to worry about that.

Yes, There Is A Moral Here

The moral of this story is plain, old-fashioned horse sense. If you want the contours of your T&A to stay secret, then don’t bare them for a photographer or anyone else as a commercial enterprise.

If you’d like your body parts to circle the globe, then leak ‘em and claim they’ve been stolen. Get the vapors as you wail, “I have leaked nude photos!” It’s great publicity and you can then flaunt those boob and butt shots with style!

Sadly, though, you can’t have it both ways.

But what do I know? I’m just Old Busted Hotness. 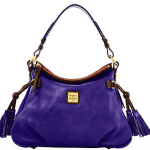 “WHY IS THAT WOMAN STILL IN MY HEAD?” I shrieked, as I threw my vividly purple and very expensive pocketbook onto the car seat. All I heard was my mother’s voice, in her trademark sneer, saying, “Don’t you think you’re a little too effin’ old to be carrying a bright purple pocketbook?”

I’m editing as not to offend. She had a mouth worse than two ships full of sailors.

Gone But Not Forgotten

My mother passed from this earth eight months ago. Her legacy is still with me, I’m afraid. The legacy of me being fat (true), ugly (debatable) and no good for nuttin’ honey (WRONG-O!). I can still hear her like she is standing next to me. It still hurts like hell, too.

A Time To Forgive

When I knew she was dying, I realized what I had to do. I had to find a way to forgive her. Did I want to? HELL NO!!! I screamed, cried and cursed quite creatively in multiple languages all the way home that day. But I knew it had to be. I had to do it for me, the one who would go on and not for her, the one who was leaving.

Back I went the next day. I stayed outside for a long time, not wanting to go in. After a while, I steeled myself and headed back to her bedside in the ICU. I’m pretty sure she was conscious, but it really didn’t matter.

It took me a few times to get the words out and mean them. I felt like Fonzie in the old “Happy Days” show, you know, the guy who could never say he was sorry. Finally, I looked straight at her and said, “I forgive you.”  It was one of the toughest things I’ve ever done.

The last request she made of me was to sign the papers to put her in hospice. I did what she asked. She died two days later.

The really hard part was that till the day she died, she never had a kind word for me or my sister. We never knew how she played us off against each other almost from the beginning. There is an eight-year age difference between us so early relationships weren’t close. We never found out the extent of her games until it came time to bury her. Now we are trying again. We can’t get all those years back, but we can try to create new ones. . . as sisters, not enemies.

So, yes, Mom, you’re forgiven. I really DID mean it that day. However, there are a couple of things I still want to say to you.

Mom, I like purple. You’ve always known that. At some point, you decided to buy everything in purple and rub it in my face. Okay. I can accept that.

Yeah, I like Dooney & Bourke pocketbooks. It’s my one cave-in to irrational spending. You liked expensive things, too.  Lots of them. Daddy made sure you always had what you wanted.  I can accept that.

What I can’t accept is how you ran up $30,000+ in debt to copy me and everybody else and then just didn’t pay it. Now they come after me for it, even after you’re gone. I send them to the cemetery. They’re welcome to whatever they can collect from you there.

I still hate all those names you called me, Mom. Your mother is the one who is supposed to love you when nobody else does. Okay. I’ll accept that, too. I often wonder, though, how you taught me to be compassionate, kind and loving while being a hateful, spiteful bitch. One of the mysteries of the universe, I guess.

Now that I think about it, it really doesn’t matter in the grand scheme of the universe. You’re gone and we’ll be here for however many more years we have to try and rebuild what you tore apart. What does matter is that I am going to work harder than anything I have ever worked at in my life to rid myself of your voice.

Mom, one of your common rants was that I never listened to a word you said. You were wrong. I heard every. single. word.

There’s a story in the news this morning about 13-year-old Chloe Rubiano, an Arkansas middle school student, who was asked to change the tee shirt she wore to school recently. What shocking message did this shirt convey? “Virginity Rocks.” Her school considered it disruptive.

Really?  A message of virginity in middle school is adjudged to be disruptive? The school claims it would lead to discussions of sex. I hate to be the bearer of bad tidings, but lots of things can lead to a discussion of sex in middle school. These kids are what, 11 to 13? Hormones are awakening, folks!

BTW, middle schools hand out condoms and help students get abortions. And you can’t even mention the word virginity? Does it cut down on the condom business?

Now turning to the school’s side, it they have a dress code which prohibits the wearing of any message tee shirt, that’s a different story. If that’s the case, they were right in asking her to remove it. It should be noted that Chloe, being the good girl that she is, changed into a gym shirt at the Vice Principal’s request.

A Fix For The Problem?

Maybe the answer here is to just side-step the question and prohibit all message tee shirts. Some schools in my area do it. A lot of public schools now wear uniforms, too.  Problem solved. But is it, really?

Would “Virginity Rocks” disrupt class?  Maybe.  Maybe not.  I haven’t been 13 in many, many years so I’m really not sure.

Our World Is All Sex, Sex, Sex

However, with the emphasis in our culture on sex these days, why is someone prohibited from an opposing viewpoint?  And, come on, this kid is 13! Yes, I’m an old fart. Sorry, but I do NOT believe 13-year-old kids should be doin’ it.

Am I trying to squelch their sexual freedom? No, not really. I just think you need to understand a bit about what you’re doing, not simply insert Tab A into Slot B.  I feel that there’s too much at stake for a child’s mental state at this age if you throw the sex thing into it.

At 13, I was still more concerned with friends, sports and music than sex.

But what do I know? I’m just Old Busted Hotness. 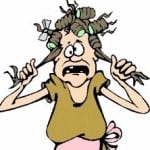 AARP is announcing that they have designed a tablet especially for apparently stupid Baby Boomers. It’s called the AARP RealPad Tablet.

Not Enough Tablets In The Market?

How many tablets are out there on the market right now? I have no idea, but I know they are made by Apple, Samsung, Acer, Asus and my favorite, the MS Surface 2. I have seen them as cheap as $49 so I’m sure there are many more.

AARP says the RealPad Tablet is designed for the over-50 customer who is a “more apprehensive technology user.” Really? I know lots of over-50 folks and they are pretty technology savvy.

What Makes This One Special For Boomers?

The RealPad Tablet has built-in tutorials which are supposedly designed to help educate users, as well as adding a “RealQuick Fix” feature which is a trouble-shooting menu. And if you still don’t know what happened, there will be phone/online 24/ support. No word yet on if this support is included in your purchase or it comes at an additional charge.

Should I Be Insulted?

Maybe I’m reading this wrong, but I’m sorta kinda insulted by this. I never had a tablet until last summer. I got an iPad Mini. It ultimately wasn’t what I wanted, so I traded up to a MS Surface 2. Guess what? I figured out the iPad Mini and then I figured out the Surface 2.

And the Surface 2 had the dreaded Win 8 on it, too, something I never used before. No problemo! Took me about 15 minutes to get around on it.

I am a pretty average computer user. I know my way around my computer and a variety of laptops, including a Chromebook and now the Surface 2. And. . . GASP, HORROR, SHOCK. . . I’m over 60! While not a complete technoeejit, I don’t consider myself particularly technically adept either.

I can, however, figure out which buttons to push, be it on a laptop, keyboard or touch screen. Is it that hard that we need a special tablet that screams OLD FART???

Deets If You Want One

However, if you feel the need, the RealPad Tablet will sell for $189. You can pre-order it now or wait for a few more weeks. It will be on sale at Walmart in mid-October, complete with a one-year AARP membership included.